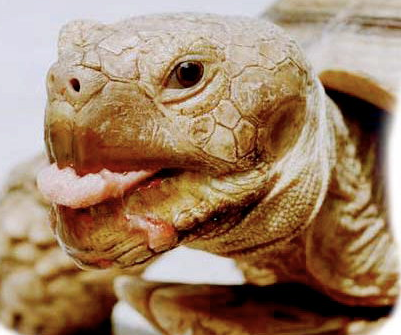 Disclaimer: This is an old piece of writing (originally intended for the BangBros.com blog so it’s geared towards a male demographic). It’s part of the “How To Make Your Girlfriend Purr Like a Kitten” series and I didn’t want to leave you all hanging. It’s an embarrassing throw back piece but regardless, here it is:

First of all, let me apologize to anyone that I may have offended with parts one and two of my exclusive in-depth journalistic oeuvre “How to Make Your Girlfriend Purr Like a Kitten”. Guys around the office won’t make eye contact with me and the girls that have read this article are treating me like Edward Snowden after the NSA leak. I guess in a way revealing to the public that women have been faking their orgasms from the dawn of time is a lot like a top level classified intelligence leak. Like Snowden I was just trying to “inform the public as to that which is done in their name and that which is done against them.” When you think about it I’m actually performing a great service to my country. No longer will we women suffer quietly while being poked and prodded by gynecological hobbyists. No longer will men live under the false pretense that they have any idea what the fuck they are doing between our legs.  No, today we will rise together as a nation screaming “I’m cumming!!!!!!” And we will mean it.

I’m no slut (haha just kidding I’m a very big slut), but I’ve had my fair share of different men between my thighs and the most common problem I’ve come across is the dreaded hard tongue. For some reason men love to make their tongues as hard as possible and slap it around in weird figure eight motions before darting it in and out of the vagina hole. When this happens, and it happens frequently, it’s about as erotic as getting eaten out by a corpse with rigor mortis beginning to set in. Instead of attacking your girl’s vagina with a weird turtle tongue, try a softer approach. You want to make sure your tongue is flat and wide to cover as much surface area as possible. It’s all about soft and slow movement at first. I know your inclination is to dive in face first and start sucking her clit like you’re bobbing for apples, but this is not the right tactic. This might sound sort of strange but get really close to her pussy, put your face right above it and breathe in and out. Don’t breathe like a creepy fat man after three minutes on a treadmill, breathe softly so she can’t hear it but she can feel it. While you’re taking in her scent your hands should be rubbing her upper thighs. Move your hands closer to her pussy, your fingertips should be at the crook where her leg meets her the edge of her pussy. You want to put your fingers and your mouth a centimeter away from her pussy, teasing her, getting her excited for what’s to come.

Keep this far away from my vagina. Pleaseandthankyou

This whole breathing and rubbing thing should last just a few seconds. Long enough to be sexy, as if you’re an animal about to go in for the kill, not long enough where she gets freaked out because you’re breathing on her pussy like a serial killer about to hogtie a victim before gutting them open. Remember, there is a fine line between sexy scary and Craigslist Killer scary. Toe that line carefully.

So now your girl is either twisting to get closer to your mouth or twisting to try to escape from her immanent death. If you’re doing things right then she wants your mouth on her pussy. Remember, women’s erections are internal, so you need to get the blood flowing to her pussy. This is the time to relax your jaw, flatten your tongue, and cup her entire pussy in your mouth. Your mouth should fill up entirely with her pussy. Instead of licking her and flicking her with your tongue, she is going to instinctively use your mouth as a masturbatory aid. Your big, flat tongue should be lapping at her pussy while it’s inside your mouth. You are going to move your head up and down while keeping you tongue wide as possible to cover as much surface area as you can.

As you’re beginning to eat her pussy you can insert one finger into her pussy just to fill up that hungry area. Don’t move it around, don’t poke, just let her squeeze down on your finger to help her feel full.  Once she’s accustomed to the one finger, slowly add a second. You can turn your finger down and slide it all the way in and push down while you’re sucking her pussy. It’s going to feel like she’s being fucked because you’re pushing against her muscles and moving her body.

When you’re finger fucking her and putting your mouth on her pussy let her guide your speed. Some girls like slow and steady movement while others need you to focus on their clit and suck with all your might. Don’t try to do too much. Be methodical and take your time. No one wants to be licked like a cat drinking water. But perhaps the most important thing to remember is stay consistent. There are so many times where I’m about to cross the finish line and I’m moaning and squirming and writhing and rocking my hips and it’s about to happen and oh my God I’m about to…..WHAT THE FUCK DID YOU DO THAT FOR???!??!!?!? WHY THE FUCK WOULD YOU SPEED UP JUST AS I WAS ABOUT TO BUST?! Please guys, please stop doing this. If a girl is about to cum do not speed up, do not change directions, do not pass go, do not collect $200. Continue to lick her at the exact same pace and finger her with the exact same movement that got her almost to orgasm. I don’t understand why guys do this! It’s the equivalent of Columbus finally spotting land and saying, “You know what, fuck it guys, let’s turn this boat in another direction.” Why the fuck are you turning around? You’ve been out to sea for so long and you’re finally about to touch the shore! Why are you altering the course? Land ho bitches!

I’m sure Columbus didn’t discover a new island the first time he set out to sea, and you’re probably going to have a few misses before you hit the orgasm jackpot. Just don’t give up. Becoming a master pussy eater takes a lot of practice, a lot of time, and a lot of patience. But I promise you the end result is so worth it.